Home Events Virtual PhD and a Cup of Tea: Holocaust Refugees in British India: Perspectives from Two “Others”

Virtual PhD and a Cup of Tea: Holocaust Refugees in British India: Perspectives from Two “Others” 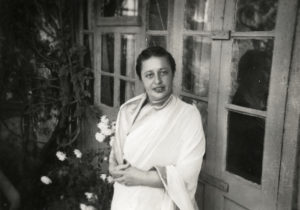 The construction and use of the term “refugee” in Holocaust studies, like refugee studies, focuses on the role of nation-states operating unilaterally or in an interdependent international refugee regime. This focus, however, discounts the world of empires that shaped the administration and experiences of Jewish refugees through the twentieth century.

This paper adopts the perspectives of two groups of people “Other-ed” in the racial hierarchy of empire. First, it uses photographs and writings of Jewish Refugees in British India to interrogate the place of European Jews in the racial hierarchy of colonial society. It highlights the ways in which Jewish refugees responded to and participated in their changing categorizations prior to and following the start of the Second World War. Second, it reads government records against the grain to put forward the perspective of Indians encountering these new “Europeans.” In doing so, I show that scholars ought to account for an expanded conception of Britain which includes in its “domestic” sphere its imperial boundaries when analyzing refugee movements in the Empire. This, I will demonstrate, allows us not only to ask new questions on the Holocaust but also, of the archives that allow us to study them and the perspectives they represent.

Pragya Kaul is a PhD Candidate at the University of Michigan’s Department of History and a Todd M. Endelman and Zvi Y. Gitelman Fellow at Frankel Center for Judaic Studies. From 2020-2021, she was a Leo Baeck International Dissertation Fellow. Her research uses her knowledge of German, Hindi, Urdu, and Yiddish to examine the experiences of Jewish refugees in the British Empire, and to take an imperial framework towards understanding refugees broadly. She has been awarded grants from the German Academic Exchange Service (DAAD), Studienstiftung des deutschen Volkes, and the German Historical Institute.