Award to be presented by Lord Daniel Finkelstein. 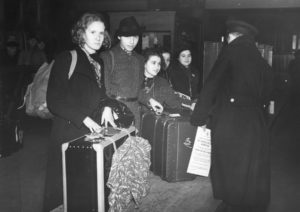 Professor Nott specialises in vascular and trauma surgery and also performs cancer surgery at the Royal Marsden Hospital. He is an authority in laparoscopic surgery and was the first surgeon to combine laparoscopic and vascular surgery.

For the past twenty-five years Nott has taken unpaid leave each year to work for the aid agencies Médecins Sans Frontières, the International Committee of the Red Cross and Syria Relief. He has provided surgical treatment to patients in conflict and catastrophe zones in Bosnia, Afghanistan, Sierra Leone, Liberia, Ivory Coast, Chad, Darfur, Yemen, the Democratic Republic of Congo, Haiti, Iraq, Pakistan, Libya, Syria, Central African Republic, Gaza and Nepal. As well as treating patients affected by conflict and catastrophe and raising hundreds of thousands of pounds for charitable causes, Nott teaches advanced surgical skills to local medics and surgeons when he is abroad. In Britain, he teaches the Surgical Training for the Austere Environment (STAE) course at the Royal College of Surgeons.

In her lecture, Iris Veysey explored a century of refugee experiences, from Nazi Germany’s persecution of Jews and the Kindertransport to the Calais ‘jungle’ and treacherous Mediterranean crossings.

Iris Veysey is Curator, Art and Contemporary Conflict, at the Imperial War Museum. She has recently worked on Refugees: Forced to Flee, on display at the IWM until May 2021. Veysey has previously worked at the Victorian and Albert Museum and the Science Museum.

Hans Albrecht came to Britain on the Kindertransport. The Hans Albrecht Foundation (HAF) strives to advance and promote human rights particularly in relation to children, equalities, disability, children who are refugees and/or fleeing conflict and freedom from persecution on the grounds of race, ethnicity and faith.