In partnership with the Community Security Trust. With the support of the David Berg Foundation.

Join us for this event to mark the publication of Anti- Antisemitism: Countering Anti-Jewish Racism in Western Europe, 1890-2022 and the launch on the Library’s new travelling version of its Fighting Antisemitism from Dreyfus to Today exhibition. 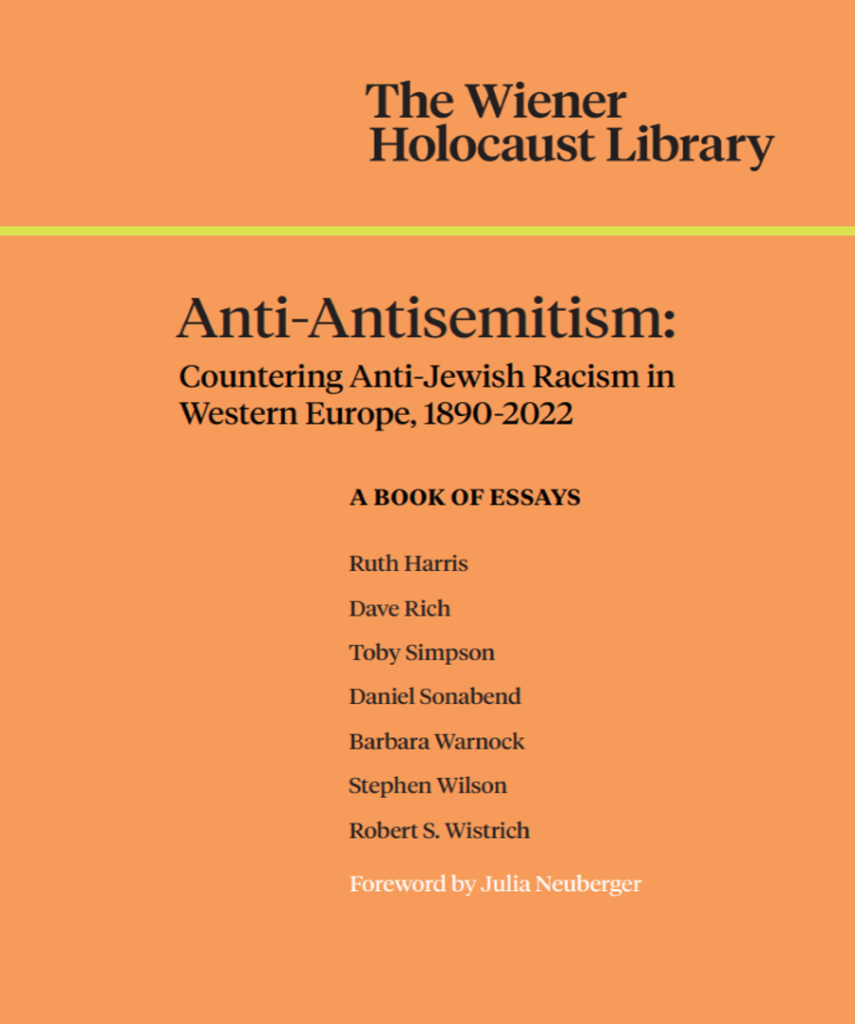 The authors consider a range of moments in the struggle against antisemitism, including the campaign to exonerate Alfred Dreyfus; the anti-Nazi work of Alfred Wiener and others in Germany and Holland inter-war; post-war anti-antisemitism and anti-fascist work in Britain, including that of those engaged in direct action such as the 43 Group and The Wiener Library’s engagement in monitoring and analysing the Holocaust and antisemitism. The situation recent decades in Britain with respects to differing forms of antisemitism, and the consequent evolution of the struggle against it, is also examined.

This event is chaired by Rabbi Baroness Julia Neuberger DBE, and will feature contributions from some of the authors including Dave Rich and Daniel Sonabend.

Rabbi Baroness Julia Neuberger DBE is Chair of University College Hospital NHS Foundation Trust and Chair of The Whittington Hospital NHS Trust. She was Senior Rabbi of the West London Synagogue from 2011 until March 2020 and is now Rabbi Emerita. She is a cross bench Peer in the House of Lords, former CEO of the King’s Fund, and a founding Trustee of the Walter and Liesel Schwab Charitable trust, set up in memory of her parents. She chaired the Review of the Liverpool Care Pathway for Dying Patients in 2013 and was Vice Chair, Mental Health Act Independent Review 2017-2018. She is also a member of the Executive Board, Leo Baeck Institute London and she is a Trustee of the Rayne Foundation, she is Chair of Independent Age and is a Commissioner of the UK Commission on Bereavement. She has also recently become a Trustee of Yad Hanadiv (Charitable Foundation). Her latest book, Antisemitism What it is. What it isn’t. Why it matters (OrionBooks) was published in May 2019.

Dr Dave Rich is Director of Policy for the Community Security Trust (CST), a UK Jewish charity that provides security advice and assistance to the UK Jewish community and assists victims of antisemitic hate crime. Dave is an Associate Research Fellow at the Birkbeck Institute for the Study of Antisemitism, Birkbeck, University of London; a Research Fellow at the London Centre for the Study of Contemporary Antisemitism; and is on the editorial board of the Journal of Contemporary Antisemitism. Dave is the author of The Left’s Jewish Problem: Jeremy Corbyn, Israel and Antisemitism and writes regularly about antisemitism, anti-Zionism and extremism for publications in the UK and overseas.

Dr Toby Simpson is Director of The Wiener Holocaust Library, the world’s oldest archival and library collection relating to the Holocaust and Nazi era. He led the project Testifying to the Truth: Eyewitnesses to the Holocaust which has catalogued, digitised, and translated over 1,000 eyewitness accounts, gathered by The Wiener Library between 1954 and 1961. Dr Simpson joined the Library in 2011, setting up a new programme of exhibitions, tours, and events. Between 2011 and 2016, he curated or co-curated over a dozen exhibitions for the Library including Humanity After the Holocaust: The Jewish Relief Unit, 1943-1950, and Four Thousand Lives: The Kitchener Camp Rescue.

Daniel Sonabend is a London based writer and historian, with a primary focus on fascism and anti-fascism in the post-Second World War era. His first book We Fight Fascists: The 43 Group and Their Forgotten Battle For Post-War Britain was published by Verso Books in 2019.

Dr Barbara Warnock is the Senior Curator and Head of Education at The Wiener Holocaust Library, where she has curated the exhibitions Jewish Resistance to the Holocaust, Berlin-London: The Lost Photographs of Gerty Simon, and Forgotten Victims: The Nazi Genocide of the Roma and Sinti, amongst others. She is the author (with John March) of Berlin-London: The Lost Photographs of Gerty Simon (2019), a Spectator Book of the Year, and a number of articles on refugee history and the Nazi persecution of Roma. She obtained her Doctorate in Austrian history from Birkbeck College, University of London, in 2016. She was for many years a history teacher and examiner. 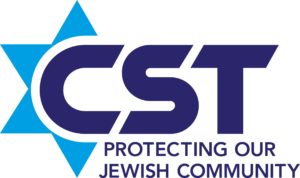