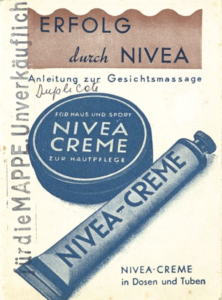 To mark the completion of The Wiener Holocaust Library’s Project to digitise our rare collection of hidden anti-Nazi resistance writings, Tarnschriften

In this talk, Historian Dr Udo Grashoff will give an overview of Communist resistance in Nazi Germany. Although it was not successful and it hardly promoted a democratic alternative, Communist resistance to the Nazis deserves to be considered with respect. The Communist Party of Germany (KPD) was the most important force among different strands of resistance against the Nazi dictatorship within the Third Reich. After Hitler’s appointment as chancellor and despite the brutal repression of political opponents, thousands of Communists still actively supported the party. Particularly during the first three years of Hitler’s rule, the KPD called on its members to resist heroically, at the risk of their lives. The tragic struggle took its toll. 20,000 German Communists died in concentration camps or were executed. Communist resistance varied in form and scope, and was for the most part not centrally coordinated, but it did continue until the end of the war in 1945.

Udo Grashoff specializes in the history of modern Germany with a focus on the history of everyday life in dictatorships, on resistance and political taboo subjects. He is the author of a study on suicide in the GDR (“In einem Anfall von Depression…” Selbsttötungen in der DDR, 2006) and a monograph on squatting in East Germany (Schwarzwohnen. Die Unterwanderung der staatlichen Wohnraumlenkung in der DDR, 2011). In 2020, he edited the volume Comparative Approaches To Informal Housing Around The Globe (UCL Press London). In 2021, he published a book on betrayal within the Communist resistance movement in the Third Reich (Gefahr von innen. Verrat in der illegalen KPD 1933-1945). After six years at UCL in London, he currently teaches in Leipzig.