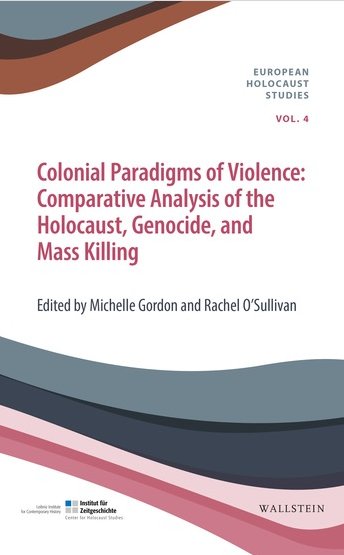 The Wiener Holocaust Library and the Holocaust Research Institute at Royal Holloway, University of London, are delighted to host this event as part of our of Holocaust and Genocide Partnership activities.

Part of the Racism, Antisemitism, Colonialism and Genocide event series

This volume of European Holocaust Studies edited by Michelle Gordon and Rachel O’Sullivan brings together a collection of peer-reviewed research articles by scholars of the Holocaust, genocide, and colonialism. The book explores the key concepts and themes of the historiographical challenges that scholars are grappling with in recent work connected to Hannah Arendt’s ‘boomerang thesis’ and Raphael Lemkin’s definition of genocide and the importance of its colonial dimensions. This volume provides examples of how fruitful academic research can be in bridging the gap between studies of empire and the Holocaust, but it also offers assessments of the potential analytical weaknesses and pitfalls of such an approach. Topics include colonial disease control and human experimentation in Nazi Germany; cultural genocide, post-colonialism and Nazi genocide; US colonial violence in the Nazi imagination; cartography and post-colonialism in Holocaust Studies.

In conversation with Thomas Kühne, the volume’s editors and several of its contributors, this event will focus on the entanglements of the Holocaust and colonial histories and reflect upon more recent highly charged discussions on the Holocaust, its legacies and debates on education and remembrance.

These include the ‘nationalisation’ of Holocaust history, which informs political and public narratives and then feeds back into memory wars both within the European metropoles and the ‘peripheries’ that were once violently occupied. Such topics highlight that it is not only Germany that is engaged in debates on the Holocaust, memorialisation, ‘decolonisation’ and attempts to come to terms with the past (‘Vergangenheitsbewältigung’).

Thomas Kühne the Strassler Colin Flug Chair in the Study of Holocaust History and the Director of the Strassler Center for Holocaust and Genocide Studies at Clark University. His research explores the relation of war, genocide, and society, long-term traditions of political culture and political emotions in Europe, and the problem of locating the Holocaust and Nazi Germany in the continuities and discontinuities of the 20th century. His recent publications include the monographs The Rise and Fall of Comradeship: Hitler’s Soldiers, Male Bonding and Mass Violence in the 20th Century (Cambridge University Press, 2017), and Belonging and Genocide. Hitler’s Community, 1918-1945 (Yale University Press, 2010).

Rachel O’Sullivan is a Postdoctoral Researcher at the Center for Holocaust Studies, Leibniz Institute for Contemporary History in Munich. She has published in the Journal of Genocide Research, the Journal of Colonialism and Colonial History, and Vierteljahrshefte für Zeitgeschichte (with Frank Bajohr). She is currently working on her first monograph on similarities and dissimilarities between colonialism and Nazi Germany’s inclusionary and exclusionary population policies in annexed Poland.

Michelle Gordon is a researcher at the Hugo Valentin Center at Uppsala University, Sweden, and currently heads the project ‘The “Civilized” Nature of Nineteenth-Century Warfare? British and German Practices of Violence in Colonial and Intra-European Wars.’ Gordon is the author of Extreme Violence and the ‘British Way’: Colonial Warfare in Perak, Sierra Leone and Sudan, published as part of Bloomsbury’s ‘Empire’s Other Histories’ series in 2020.

Aleksandra Szczepan is a literary scholar, co-founder and member of the Research Centre for Memory Cultures at the Jagiellonian University in Kraków and a collaborator of the United States Holocaust Memorial Museum in oral history projects in Poland and Spain. She authored the book “Realista Robbe-Grillet” (2015) on 20th century redefinitions of realism. She has been recipient of scholarships from the Vienna Wiesenthal Institute for Holocaust Studies, the USHMM, the European Holocaust Research Infrastructure and the Polish National Science Centre. She is currently working on a book project dedicated to the role of maps in Holocaust testimony.

Dorota Glowacka is Professor of Humanities at the University of King’s College in Kjipuktuk/Halifax, Canada. Glowacka is the author of Po tamtej stronie: świadectwo, afekt, wyobraźnia (From the Other Side: Testimony, Affect, Imagination, 2017) and Disappearing Traces: Holocaust Testimonials, Ethics, and Aesthetics (2012). She coedited Imaginary Neighbors: Mediating Polish-Jewish Relations after the Holocaust (2007) and Between Ethics and Aesthetics: Crossing the Boundaries (2002), and edited a special issue of Culture Machine entitled “Community” (2006). Glowacka has published numerous book chapters, journal articles, reviews, and encyclopedia entries in the area of Holocaust and genocide studies, critical theory, and theories of gender. She is a member of the Academic Committee at the Mandel Center for Advanced Holocaust Research at the USHMM. Her current research focuses on gender and genocide, and on the intersections of the Holocaust and settler colonial genocides in North America. 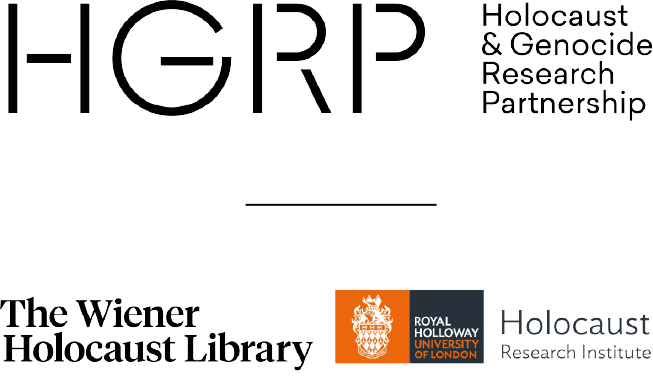