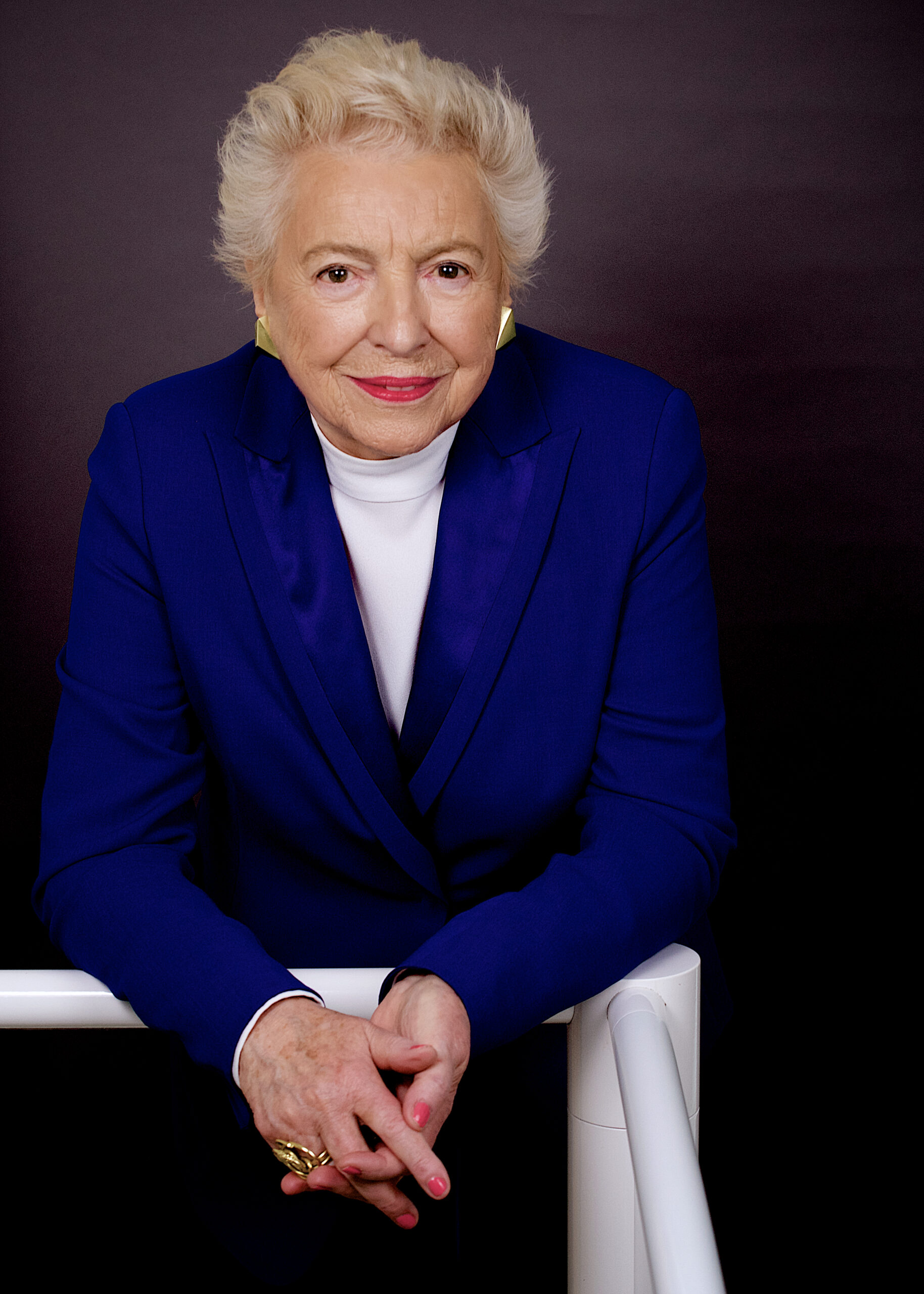 Dame Stephanie will also be signing copies of her new book, So To Speak, at the event. All proceeds from the book go to Autistica.

Dame Stephanie Shirley CH, also known as Steve, is a workplace revolutionary and successful IT entrepreneur turned ardent venture philanthropist. At 89 years old, her story has many strands which, woven together, have produced a lifetime of exceptional achievements.

Dame Stephanie’s story begins with her 1939 arrival in Britain as an unaccompanied five-year-old Kindertransport refugee. This defining experience equipped her with fortitude at a very young age and made her determined to live a life worth saving.

In 1962, she started a software house, Freelance Programmers, and pioneered radical new flexible work practices that changed the landscape for women working in technology. She went on to create a global business and a personal fortune which she shared with her colleagues, making millionaires of 70 of her staff at no cost to anyone but herself.

Since retiring in 1993, Dame Stephanie’s life has been dedicated to venture philanthropy in the fields of IT and autism. She initially founded Autism at Kingwood in 1994 to support her late son Giles, and her charitable Shirley Foundation went on to make grants of nearly £70 million.  It spent out in 2018 in favour of Autistica, the UK’s national autism research charity founded by Dame Stephanie. In 2009/10 she served as the UK’s first ever national Ambassador for Philanthropy.

Dame Stephanie’s memoir Let It Go was first published in 2012 and re-published in 2019 for worldwide distribution. The first translated version was launched in Germany in 2020 and a Spanish translation is coming soon. Dame Stephanie is currently working with The Development Partnership, to make a multi-part TV series with one of the major streaming services. During lockdown in 2020, Dame Stephanie produced her second book, So To Speak, a collection of 29 of her speeches given over the last 40 years. All proceeds from the book go to Autistica.

Dame Stephanie has been much honoured.  In 2013, she was named by Woman’s Hour as one of the 100 most powerful women in Britain.  In 2014, the Science Council listed her as one of the Top 100 practicing scientists in the UK. In 2015, Dame Stephanie was given the Women of the Year Special Award, and in the same year her TED Talk received a standing ovation from more than a thousand of the world’s most recognised technical entrepreneurs, thinkers, creators and doers. It has since received 2.2m views on YouTube. In 2017, Dame Stephanie received a Companion of Honour (CH), a membership limited to only 65 individuals globally, for her services to the IT industry and philanthropy.