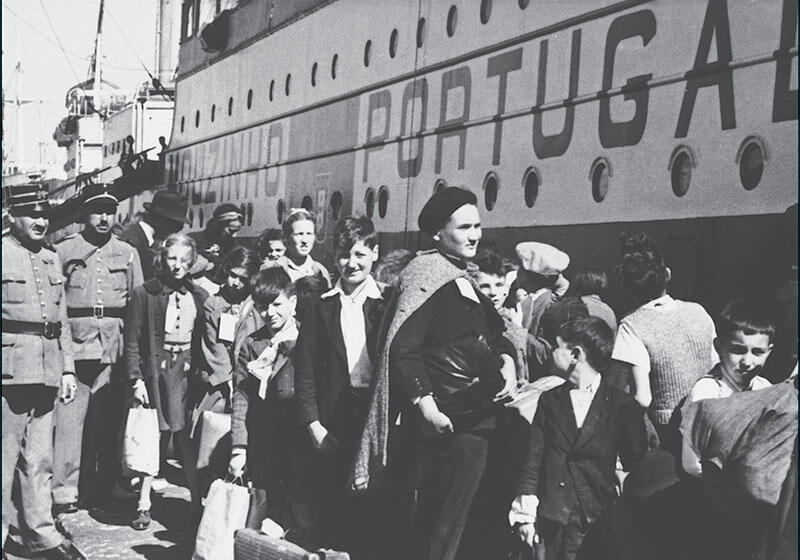 Our Third Annual Alfred Wiener Holocaust Memorial Lecture will highlight the experiences of Jewish refugees fleeing from antisemitic persecution and from World War II to Portugal. It describes how they were treated, how they attempted to escape Europe, and how they struggled in a “no-man’s land” between a painful past and an unknown future. Listening to their voices may help us to understand Jewish heartbreak and perseverance in the 1940s and encourage us to listen compassionately to refugees’ stories today.

Professor Marion Kaplan is the Skirball Professor of Modern Jewish History at NYU. She is a three-time National Jewish Book Award winner for The Making of the Jewish Middle Class: Women, Family and Identity in Imperial Germany (1991), Between Dignity and Despair: Jewish Life in Nazi Germany (1998), and Gender and Jewish History (with Deborah Dash Moore, 2011) as well as a finalist for Dominican Haven: The Jewish Refugee Settlement in Sosua (2008). Other publications include: The Jewish Feminist Movement in Germany; Jewish Daily Life in Germany, 1618-1945 (ed.). Her newest book, published in 2020, is Hitler’s Jewish Refugees: Hope and Anxiety in Portugal.

Register to attend this event online or in person here.