Laura Levitt and Dawn Skorczewski in conversation with James Young

This panel discussion will consider questions about life after trauma, violence, and loss: what makes this possible? What is the role of art and literature in doing justice to these pasts and imagining different futures? What is the relationship between trauma and art or writing? Professor Dawn Skorczewski and Professor Laura Levitt will be led in conversation by Professor James Young. 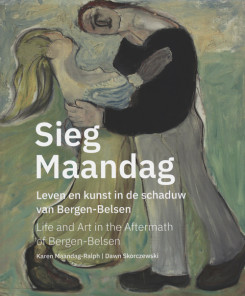 Dawn Skorczewski’s Sieg Maandag: Life and Art in the Aftermath of Bergen-Belsen combines Sieg Maandag’s testimony and writings with his art, giving voice to his experiences and creating a dialogue between trauma and art. Sieg Maandag (1937-2013) was 7 years old when he was liberated from the Bergen-Belsen concentration camp. Separated from his parents, he survived the war with his sister and 50 other Dutch children. A photo of Sieg walking beside a row of bodies in liberated Bergen-Belsen shocked the world when it appeared in Life magazine on May 9, 1945. His mother used this photo to find him in Amsterdam after the war; his father never returned. After trying his hand at the family diamond trade and clothing design, Sieg travelled extensively, searching for life’s meanings. He found his true love, Karen, and eventually discovered his other true love—painting. He devoted the rest of his life to painting and ceramics in Amsterdam. In interviews, he often remarked, “I was always a painter.” In his haunting and healing paintings and ceramics, Maandag expresses the suffering and joys of life in what Lawrence Langer terms the “afterdeath” of Bergen-Belsen. When art becomes a way to depict, manage, and transform trauma, the work itself informs life. 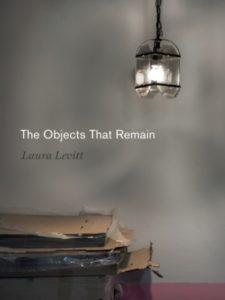 Laura Levitt’s The Objects That Remain is equal parts personal memoir and fascinating examination of the ways in which the material remains of violent crimes inform our experience of, and thinking about, trauma and loss. Considering artefacts in the United States Holocaust Memorial Museum and evidence in police storage facilities across the country, Laura’s story moves between intimate trauma, the story of an unsolved rape, and genocide. Throughout, she asks what it might mean to do justice to these violent pasts outside the juridical system or through historical empiricism, which are the dominant ways in which we think about evidence from violent crimes and other highly traumatic events. Over the course of her investigation, the author reveals how these objects that remain and the stories that surround them enable forms of intimacy. In this way, she models for us a different kind of reckoning, where justice is an animating process of telling and holding.

Dawn Skorczewski is Lecturer at Amsterdam University College, and Research Professor of English Emerita at Brandeis University. Her research interests include the Holocaust, psychoanalysis, pedagogy, poetry, writing, and trauma. Several recent articles address the Holocaust survivors of the Dutch Diamond Industry, the interviewer’s role in Holocaust testimonies, and Jan Karski’s interviews. Her 2012 work An Accident of Hope positions the therapy tapes of American poet Anne Sexton at the intersections of poetry, trauma, pedagogy, and testimony.

Laura Levitt is Professor of Religion, Jewish Studies, and Gender at Temple University where she has chaired the Religion Department and directed both the Jewish Studies and the Gender, Sexuality and Women’s Studies Programs. Levitt is the author of The Objects that Remain (2020); American Jewish Loss after the Holocaust (2007); and Jews and Feminism: The Ambivalent Search for Home (1997) and a co-editor of Impossible Images: Contemporary Art After the Holocaust (2003) and Judaism Since Gender (1997). Levitt edits NYU Press’s North American Religions Series with Tracy Fessenden (Arizona State University) and David Harrington Watt (Haverford College).

James E. Young is Distinguished University Professor Emeritus of English and Judaic & Near Eastern Studies at the University of Massachusetts, Amherst, where he has taught since 1988, and Founding Director of the Institute for Holocaust, Genocide, and Memory Studies at UMass Amherst. Professor Young has written widely on public art, memorials, and national memory.

1. The Library will send you a Zoom link and joining instructions via email prior to the event. Please check junk email folders.