A joint event with The Ark Synagogue and The Wiener Holocaust Library.

To mark the forthcoming publication of Rachael Cerrotti’s new memoir, which follows on from her award-winning podcast, We 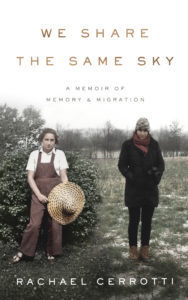 Share the Same Sky, join The Wiener Holocaust Library and The Ark Synagogue to hear Rachael in conversation with Stephen D. Smith about the book and the genesis and development of the project. We Share The Same Sky documents Cerrotti’s decade-long journey to weave together the thin threads of her family history, and, in particular, the story of her grandmother’s experiences during the Holocaust. The project is an intergenerational diary of love, loss and the will to move forward in the face of uncertainty.

Rachael Cerrotti is an award-winning photographer, writer, educator and audio producer as well as the inaugural Storyteller in Residence for USC Shoah Foundation. For over a decade, she has been retracing her grandmother’s Holocaust survival story and documenting the echoes of WWII. In the fall of 2019, she released her critically-acclaimed podcast, titled We Share The Same Sky, about this story. The podcast is now being taught in classrooms worldwide. Rachael’s memoir, also titled ‘We Share The Same Sky’ will be published this summer and is now available for pre-order. Learn more at: www.rachaelcerrotti.com & www.sharethesamesky.com

Dr. Stephen D. Smith is Finci-Viterbi Endowed Executive Director of the USC Shoah Foundation. He is adjunct Professor of Religion at the University of Southern California, he is a theologian by training. Smith founded the UK Holocaust Centre in England and co-founded the Aegis Trust for the prevention of crimes against humanity and genocide. Smith was the project director responsible for the creation of the Kigali Genocide Memorial Centre in Rwanda and trustee of the South Africa Holocaust and Genocide Foundation.

This event will be taking place at 7pm BST. 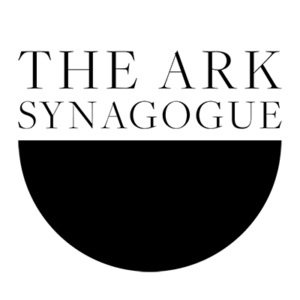