Virtual Event: Forced Labour and Genocide: Then and Now 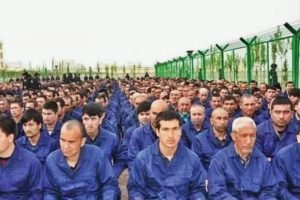 Uyghur men detained in a camp.

The Government of China is perpetrating human rights abuses on a massive scale in the Xinjiang Uyghur Autonomous Region (Uyghur Region), known to local people as East Turkistan, targeting the Uyghur population and other Turkic and Muslim-majority peoples based on their religion and ethnicity. These abuses include arbitrary mass detention of an estimated range of 1 million to 1.8 million people and a programme of re-education and forced labour. This involves both detainee labour inside internment camps and prisons and multiple forms of involuntary labour at workplaces across the Region and cities across China.

Detention in labour and concentration camps is not something new or unfamiliar to Jewish people.

René Cassin and The Wiener Holocaust Library invite you to listen to our speakers who discussed the issue of forced labour as a means of persecution and genocide used during the Nazi-era and more recently in China today. 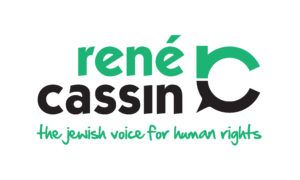