Home Events Virtual Event: How to Be a Refugee: Simon May in Conversation with Toby Simpson

Virtual Event: How to Be a Refugee: Simon May in Conversation with Toby Simpson 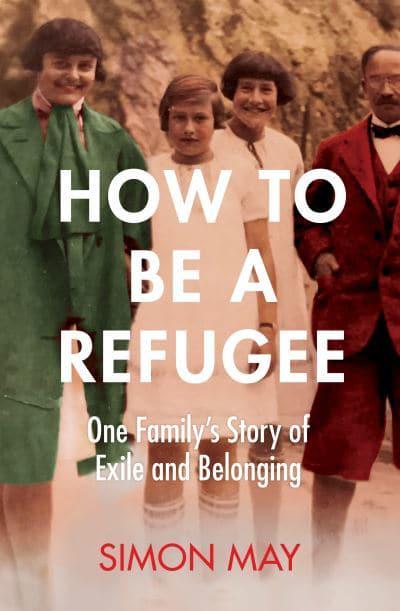 The Wiener Holocaust Library and the Institute for the History of the German Jews is delighted to co-host this event with Simon May, author of How to be a Refugee: The Gripping True Story of How One Family Hid their Jewish Origins to Survive the Nazis. The most familiar fate of Jews living in Hitler’s Germany is either emigration or deportation to concentration camps. But there was another, much rarer, side to Jewish life at that time: denial of your origin to the point where you manage to erase almost all consciousness of it. You refuse to believe that you are Jewish.

How to Be a Refugee is Simon May’s gripping account of how three sisters – his mother and his two aunts – grappled with what they felt to be a lethal heritage. Their very different trajectories included conversion to Catholicism, marriage into the German aristocracy, securing ‘Aryan’ status with high-ranking help from inside Hitler’s regime, and engagement to a card-carrying Nazi. Even after his mother fled to London from Nazi Germany and Hitler had been defeated, her instinct for self-concealment didn’t abate. Following the early death of his father, also a German Jewish refugee, May was raised a Catholic and forbidden to identify as Jewish or German or British.

In the face of these banned inheritances, May embarks on a quest to uncover the lives of the three sisters as well as the secrets of a grandfather he never knew. His haunting story forcefully illuminates questions of belonging and home – questions that continue to press in on us today.

Dr Toby Simpson is the Director of The Wiener Holocaust Library.

Dr Kim Wünschmann  has been Director of the Institute for the History of the German Jews since October 2021. She studied Jewish Studies, political science, and psychology at the Free University of Berlin and The Hebrew University of Jerusalem. She received her doctorate with a historical study at Birkbeck College, University of London, which was awarded the Yad Vashem International Book Prize for Holocaust Research, the Prix “Fondation Auschwitz – Jacques Rozenberg,” and the Herbert Steiner Prize of the Documentation Center of Austrian Resistance (DÖW) and the International Conference of Labor and Social History (ITH).