Home Events Virtual Event: Kwibuka 27 – Genocide and the Politics of Memory in Rwanda

Virtual Event: Kwibuka 27 – Genocide and the Politics of Memory in Rwanda

A virtual panel discussion hosted by The Wiener Holocaust Library in collaboration with the Ishami Foundation remembering the 1994 genocide against the Tutsi in Rwanda. 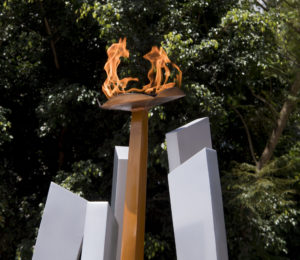 Flame of remembrance lit to mark the beginning of the 100-day commemoration period for the 1994 genocide against the Tutsi in Rwanda.

April 7 2021 marks the 27th anniversary of the start of the genocide against the Tutsi in Rwanda. This year, Rwanda has repeatedly made the headlines with coverage of the arrest and subsequent trial of Paul Rusesabagina. This former rescuer faces multiple charges, including financing terrorism and forming terrorist groups. But much media coverage until recently has focussed on his role in the Hollywood film Hotel Rwanda, a role survivors have critiqued as simplified and inaccurate.

This commemoration period, this Kwibuka 27, questions about how genocide is remembered are at the forefront of conversations. Our panel members offered their own personal and professional reflections on: the importance of survivor voices and personal testimony (Omar Ndizeye); the challenges of navigating media simplifications and the nuances of intergenerational memory (Alice Musabende); and the role of post-genocide justice in shaping identity and memory (Phil Clark).

The panel was chaired by Zoe Norridge and there was time for questions and discussion at the end.

Omar Ndizeye is one of only a few survivors of the two-day long massacre in Nyamata Catholic Church, during the 1994 genocide against the Tutsi in Rwanda. He is currently co-writing a comprehensive book about genocide memorials in Rwanda and has contributed to multiple initiatives enabling survivor healing including the AERG counselling helpline. In 2020 he published his first book, Life and Death in Nyamata: Memoir of a Young Boy in Rwanda’s Darkest Church.

Alice Musabende is a Gates Scholar pursuing a PhD in Politics and International Studies at the University of Cambridge. Her research focuses on the role of global governance in rebuilding countries emerging from conflicts and mass atrocities. A former journalist, Alice is a survivor of the 1994 genocide against the Tutsi and has written and spoken extensively on the role of the international media in the genocide and its aftermath. Alice lives in Cambridge with her two boys.

Phil Clark is Professor of International Politics at SOAS. Australian by nationality but born in Sudan, he specialises in conflict and post-conflict, with a particular focus on genocide, peace, justice and reconciliation in the African Great Lakes. His books include The Gacaca Courts and Post-Genocide Justice and Reconciliation in Rwanda (2010) and Distant Justice: The Impact of the International Criminal Court on African Politics (2018). He is currently in Rwanda with his family.

Zoe Norridge is Chair of the Ishami Foundation, Pro-Vice Dean for Impact and Innovation and Senior Lecturer in African and Comparative Literature at King’s College London. She researches cultural responses to the 1994 genocide against the Tutsi in Rwanda, with a particular focus on literature, photography and place. Books include the translation of Yolande Mukagasana’s Not My Time to Die (2019) and Perceiving Pain in African Literature (2013). 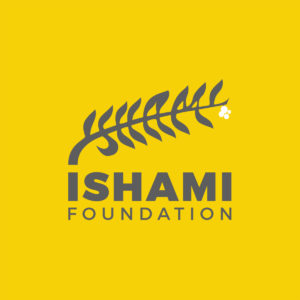