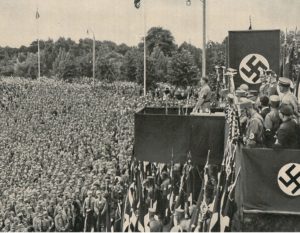 This revision session, aimed at GCSE and A-Level students, will utilise sources from the Library’s unique archive to examine the Nazi Dictatorship. It will explore the idea of ‘the Terror State’; the role of the SS and Gestapo; opposition to the Nazis; Nazi propaganda and the extent of totalitarianism in Germany.