Home Events Virtual PhD and a Cup of Tea: The occupied Ruhr 1923 and the Munich Agreement 1938: two episodes from the career of the Quaker politician T. Edmund Harvey (1875–1955) 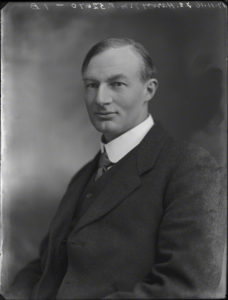 T. Edmund Harvey (1875–1955) is a unique but neglected figure in British political and religious history, a Quaker pacifist who sat in the House of Commons in both world wars. He appears in literature only for his work in the First World War when he helped introduce a system of alternative, non-military national service for conscientious objectors. Yet he was involved in many of the domestic and international issues of the first half of the twentieth century. The talk will be about two episodes in his career: his intervention on behalf of political prisoners in the occupied Ruhr in 1923, and his part in the Quakers’ collective response to the Munich Agreement of 1938.

Mark Frankel is a retired civil servant and a PhD candidate with the Centre for Research in Quaker Studies, University of Birmingham. The provisional title of his PhD is T. Edmund Harvey, Liberal Quaker, Quaker Liberal.